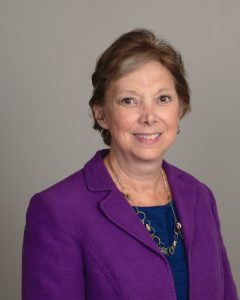 Diana Zuckerman received her PhD in psychology from Ohio State University and was a post-doctoral fellow in epidemiology and public health at Yale Medical School. She started her career on the faculty of Vassar College and then directed a research project on children as a faculty member at Yale University.

After a post-doctoral training at Yale Medical School, she took a position at Harvard directing a groundbreaking research study of college students. Dr. Zuckerman left her academic career in 1983 to come to Washington, D.C. as a Congressional Science Fellow in a program run by the American Association of the Advancement of Science. After spending the year as a staff member in the House of Representatives, she spent the next ten years working as a Congressional staffer in the House and Senate and at the U.S. Department of Health and Human Services, working to improve federal health programs and policies for adults and children. She initiated highly influential Congressional hearings on a wide range of health issues, including cancer prevention and treatment and the safety of medical products.

In 1995, Dr. Zuckerman served as a senior policy advisor in the White House, working for First Lady Hillary Rodham Clinton and the Office of Science and Technology Policy. Since 1996, she has served in leadership positions at numerous nonprofit organizations and has been in her current position at NCHR since 1999.

While in her current position, Dr. Zuckerman was a fellow at the University of Pennsylvania Center for Bioethics for several years. She is currently on the Board of Directors of two nonprofit organizations – the Congressionally mandated Reagan Udall Foundation and the Alliance for a Stronger FDA. She was previously the chair of the Women’s Health Promotion Council, appointed by the Governor of Maryland.

She is the proud mother of two adult children. 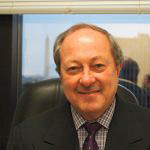 We are very sad to share the news that Jack Mitchell passed away in December.  We were proud that he joined our senior staff after an amazing career at the FDA, HHS, NSF, the U.S. Congress, and as an investigative reporter.   Even if you knew Jack, you’ll be surprised to learn about all he accomplished in his too-short life. We all miss him. 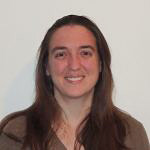 Stephanie Fox-Rawlings is a senior fellow, focusing on health and policy issues related to brain development and function across the lifespan. Prior to joining the NCHR, she conducted basic and early translational research on developmental neuroscience.

Dr. Fox-Rawlings received her PhD from Case Western Reserve University in Neurosciences, where her work focused on the genes regulating the maturation of serotonergic neurons. During her postdoctoral work at Children’s National Medical Center in Washington, DC, she studied how the brain repairs itself following injury in a model of very preterm birth. She earned her BS degree at Kansas State University in Biology and Psychology. 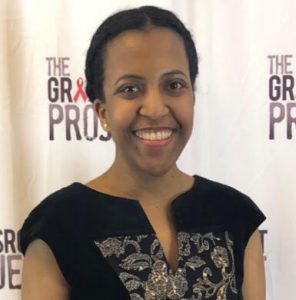 Tehan Dukaye is our Health Insurance Fellow at NCHR. She is responsible for helping patients facing health complications from their implants better navigate the current health insurance system so that they can get the medical care that they need. Prior to joining NCHR, Tehan had more than four years of experience in the public health field, serving as a college peer health educator, and  reaching out to and forming working relationships with local and state health departments as well as state cancer coalitions regarding their work with cancer survivorship.  In her work with National Coalition for Cancer Survivorship, she coordinated more than 100 meetings for cancer patients to share their experiences with Members of Congress and their staff and advocate for legislation to help cancer survivors. She holds a B.A. in Sociology from St. Mary’s College of Maryland and a Master’s in Public Health from George Washington University with a focus on Health Policy.

Meg Seymour is a Senior Fellow, focusing on the intersection between physical and mental health and analyzing data from NCHR studies. She is also involved in a range of health research and health policy issues, including psychiatric adverse events resulting from specific medical treatments.

Dr. Seymour received her Ph.D. in psychology from the University of Michigan, where she studied the relationship between well-being and physical health among cross-cultural populations and survivors of sexual abuse. She earned her B.S. in Psychology from Westmont College. She can be reached at ms@center4research.org.

Meg is the Special Assistant to the President at the National Center for Health Research, where she helps disseminate crucial healthcare and policy information to the public and the press. She is especially interested in public health, science communication, and the intersection between mental and physical health. Meg previously worked as a youth behavioral health specialist. She holds a bachelors in psychology from the University of Virginia, where she also served for three terms as Health and Science Editor for The Cavalier Daily. 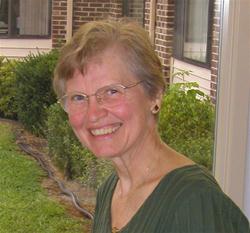 Gwendolyn Lewis, a former sociology professor with important positions in the National Research Council, National Science Foundation, and U.S. Department of Agriculture, was a professional photographer who volunteered her time as our photographer since our founding in 1999 until she died from cancer in 2012.

As our photographer and friend, Gwen is responsible for the many memorable color photographs of the exceptional women who received our Foremother awards, as well as capturing many other important people and moments through the years. As an artist, however, she specialized in black-and-white photography, with an emphasis on architectural subjects. Her work was exhibited in more than 100 shows in the Washington area and won many awards.